Dan Roberts: Huffman is out of touch with California financial crisis 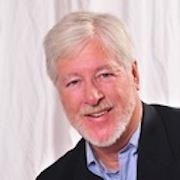 My opponent, Jared Huffman, claims credit for a Bill he sponsored to change the name of Department of Fish & Game to Fish and Wildlife. The California Legislative Analyst’s Office (LOA) quoted in debate prior to the voting on this measure stated a cost of $400,000 to make this change. He is out of touch with California financial crisis.