Most sites of this nature are boring, serving as an online business card, and not much more. You may check it to get a contact number, and never come back. We're so much more interesting than that! The online world is chock full of information and breaking news, and we want to introduce you to that dynamic universe!

There is so much to report, and so many great conservative reporters, bloggers, commentators, news outlets - and NEW MEDIA outlets, we urge you to make hrwf-ca.org your home page.

More than just basic contact info for our organization (Humboldt Republican Women Federated), our site is dedicated to bringing you News and Views for Republicans - from Humboldt County to Washington DC - news, opinion and analysis from the best reporters, columnists and bloggers. A one stop shop with links to local, state and national groups, and contact info for the Board of Sups, the City Councils, Planning Commission, and more.

On the main page, you'll find basic contact link in the left hand column - the expected static links. On the right you'll find more active links, current posts by top bloggers, links to local, state and national media sites. The news feed in the center keeps you up to date, with news you probably won't see locally, or in the mainstream media. Learn the backstories, see the other side, get the facts, hone your arguments, be prepared to support your positions. 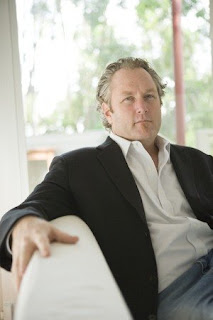 Andrew Breitbart; February 1, 1969 – March 1, 2012) was an American publisher, commentator for The Washington Times, author, and occasional guest commentator on various news programs, who served as an editor for the Drudge Report website. He was a researcher for Arianna Huffington, and helped launch her web publication The Huffington Post.

Breitbart's work has been published in the Wall Street Journal, National Review Online and the Weekly Standard Online, among others. He wrote a weekly column for The Washington Times, which also appeared at Real Clear Politics. Breitbart also co-wrote the book Hollywood, Interrupted: Insanity Chic in Babylon with Mark Ebner, a book that is highly critical of U.S. celebrity culture. On January 19, 2011, the conservative gay rights group GOProud announced Breitbart had joined its Advisory Council.

In April 2011 Grand Central Publishing released Breitbart's book, Righteous Indignation: Excuse Me While I Save the World, in which he discussed his own political evolution and the part he took in the rise of new media, most notably at the Drudge Report and The Huffington Post.


★ RESEARCH ★
◼ discoverthenetworks.org An invaluable resource.
◼ activistcash.com Who funds what? And why?
◼ Guidestar Look up Non-Profits
◼ IRS Search 527s
◼ Open Secrets

In addition to these links we have added some of the best conservative blogs in our sidebar. This is the place to find the opinion, research and reporting that isn't making it to the mainstream media.

If you have a link to add, send us an email.

The fine print: Humboldt Republican Women Federated is not affiliated with any of the organizations or sites linked here, and said links do not necessarily imply endorsement or agreement with any of the views expressed there. HRWF accepts no responsibility for the content of any site linked from this site.
Email ThisBlogThis!Share to TwitterShare to FacebookShare to Pinterest