Close to 40 million Americans move from one home to another every year. Click anywhere on the map below: blue counties send more migrants to the selected county than they take; red counties take more than they send. See how many people are leaving California. Red is outgoing migration, blue is incoming: 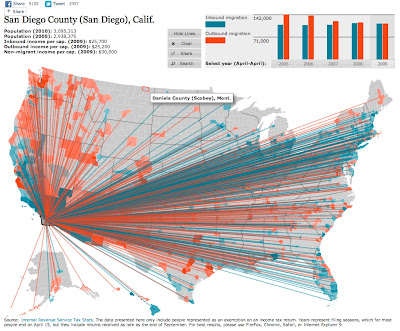 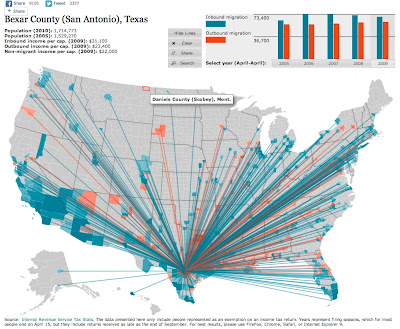