Greenpeace disappears a founder, much like ‘The Commissar Vanishes’ in Soviet Russia 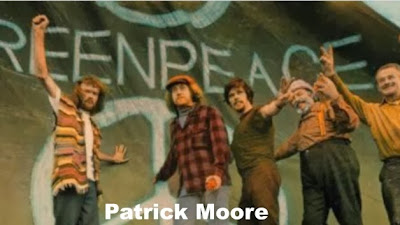 ◼ On our Friday Funny, which pointed out that Dr. Michael Mann labeled Greenpeace co-founder Dr. Patrick Moore as a “garden variety troll”, we thought it was funny that Dr. Mann couldn’t make the connection to who he was labeling. But then, something funny happened on the way to the forum; we discovered that Greenpeace had been actively erasing Dr. Moore from their history page. - Watts Up With That?

Well certainly Greenpeace does not think that Patrick Moore was a “co-founder of Greenpeace.”


Why would Greenpeace do such a thing, erasing a founding member?

It is likely because Dr. Patrick Moore has become a climate skeptic, and appeared in a skeptic film in 2007. From his Wikipedia page:

In 2005, Moore criticized what he saw as scare tactics and disinformation employed by some within the environmental movement, saying that the environmental movement “abandoned science and logic in favor of emotion and sensationalism.”[30] Moore contends that for the environmental movement “most of the really serious problems have been dealt with”, seeking now to “invent doom and gloom scenarios”.... He suggests they romanticise peasant life as part of an anti-industrial campaign to prevent development in less-developed countries, which he describes as “anti-human”.... Moore was interviewed in the 2007 film documentary The Great Global Warming Swindle, in which he expressed similar views. In 2007 The Guardian reported on his writings for the Royal Society arguing against the theory that mankind was causing global warming, noting his advocacy for the felling of tropical rainforests and the planting of genetically engineered crops.

And perhaps most infuriating to the greens, he advocates for improving the third world with the introduction of Golden Rice, which the GMO activists in Greenpeace see as an evil thing. 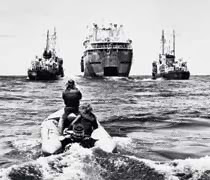