NFRW: An Update on the Special Senate Election in Massachusetts 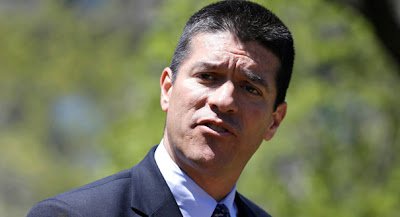 The special election for the Massachusetts Senate seat is set for June 25th, and Republican Gabriel Gomez is aiming to win over Democrat Ed Markey. Gomez is a graduate of the United States Naval Academy, a former Navy SEAL, and has an MBA from Harvard Business School. Markey was first elected to Congress in 1976 after serving five years in the Army. He is currently representing the 5th district of Massachusetts.

Recent polls suggest that Gomez may be gaining a lead among women and independents in Massachusetts, but any Republican there needs to gain 60 percent of the independent vote in order to win a race; Gomez needs to gain 14 more percentage points before he can claim the independent vote, and possibly the election. The Gomez campaign has set up a call from home tool that you can access through the campaign website. This enables you to make calls (with a script) on Gomez's behalf. ◼ Click here to access the Gomez campaign website and help his campaign effort.
__________________
◼ Related: PAC, DSCC plan TV ads hitting Gabriel Gomez - Politico 6/6 (image source)