Prop 69:
CFRW recommends a NO vote 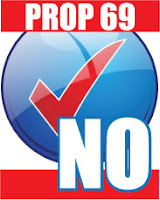 Requires that revenues generated by a 2017 transportation funding law, through a certain vehicle license fee and diesel sales tax, be used only for transportation purposes, including public transportation. Generally prohibits the Legislature from diverting those funds to other purposes.