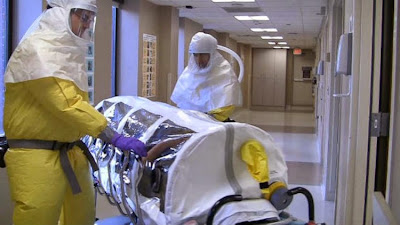 Nina Pham, 26, has received blood transfusion from Dr Kent Brantly
Survivor Brantly also donated to Dr Nick Sacra and NBC's Ashoka Mukpo
Antibodies in his blood could help the patients fight the disease
Pham caught the Ebola virus while treating Thomas Eric Duncan in Dallas
Miss Pham was raised in Vietnamese family in Fort Worth and graduated from Texas Christian University in 2010 with Bachelor of Science in Nursing
HazChem teams spent the weekend fumigating her Dallas apartment
Authorities have blamed a 'breach of protocol' - but nursing leaders have criticized the CDC for making her a scapegoat

Those who have survived Ebola have antibodies in their blood which can help new sufferers beat the disease.

Dr Kent Brantly was flown back from Liberia to the U.S. after contracting Ebola during his missionary work for Samaritan's Purse.

He survived after receiving a dose of the experimental serum Z-Mapp and round-the-clock care at Emory University Hospital in Atlanta, Georgia.

On September 10, Dr Brantly donated blood to a fellow doctor, Dr Rick Sacra, who also contracted Ebola during his work in West Africa and survived the disease.

Last Tuesday, he was on a road trip from Indiana to Texas when he received a call from Ashoka Mukpo's medical center in Nebraska telling him his blood type matched Mukpo’s.

He also offered his blood to Thomas Eric Duncan but their blood types didn't match.

◼ Boyfriend of Nurse With Ebola May Also Have Ebola - WJ
Email ThisBlogThis!Share to TwitterShare to FacebookShare to Pinterest