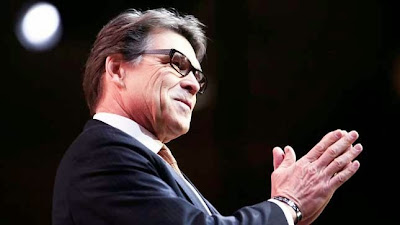 In a letter sent to the White House on Friday, Perry called the president to Texas to survey the areas where tens of thousands of unaccompanied children have illegally crossed the border.

Perry also asked Obama to deploy 1,000 National Guard troops to the border, authorize the use of Predator drones for surveillance flights, and direct the Centers for Disease Control to survey facilities where detained children are being held.

"There is no doubt that I have disagreed with you and your administration on many policies over the years," Perry wrote. "This crisis, however, transcends any political differences we may have.

“The safety and security of our border communities is being threatened by this flood of illegal immigration, and the crisis worsens by the day," he added.

Perry also called on Obama to "modify or rescind policies that serve as a magnet to encourage illegal immigration," in particular the so-called catch-and-release program. That program releases illegal immigrants into relatives' care and orders them to appear at a later date for deportation proceedings.

"The complex situation along the border is deteriorating, and it requires a multifaceted approach to resolve, and must begin with border security," Perry wrote....
Email ThisBlogThis!Share to TwitterShare to FacebookShare to Pinterest