Starting on Jan. 2, every single D.C. resident who has registered a firearm since 1976 must go to police headquarters to pay a $48 fee and be photographed and fingerprinted. 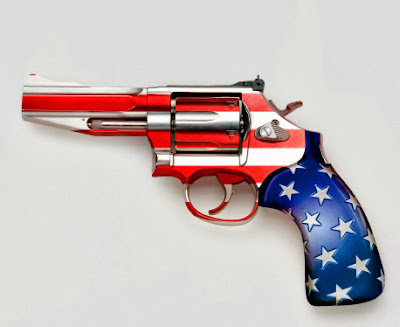 For the first time in the United States, a citizen who has legally registered a gun will have to submit to a renewal process. The consequences of not knowing about this new law or missing the specific 60-day window are dire....

If the registrant does not go to the police station within three months after a set time frame, the registration is revoked. That citizen is then in possession of an unregistered firearm, which is a felony that carries a maximum penalty of a $1,000 fine and a year in jail.

The gun itself is put into a category of weapons that can never be registered, just as though it were a machine gun or a sawed-off shotgun.

The city has not made clear how it will enforce the law, but the police are in possession of all registrants’ home addresses so confiscation and arrests would be simple.

Gun registration had always seemed like the “line in the sand” — a proposal that would so offend the nation’s gun-rights advocates that they would bring out their full political muscle to stop it. Yet a California law mandating government record-keeping for all new long-gun purchases goes into effect on Jan. 1 and few people even seem to know about it.

This year, gun owners were relieved that Gov. Jerry Brown vetoed the toughest gun-control measures that came to his desk, including one that would have banned sales of almost all semi-automatic rifles. But back in 2011, after much debate, the governor signed the registration law, AB 809, with a 2014 start date. It’s far broader than any of the bills the governor dealt with in the last session.

When the Cambrian measures were forming, They promised perpetual peace.
They swore, if we gave them our weapons, that the wars of the tribes would cease.
But when we disarmed They sold us and delivered us bound to our foe,
And the Gods of the Copybook Headings said: "Stick to the Devil you know."
Email ThisBlogThis!Share to TwitterShare to FacebookShare to Pinterest