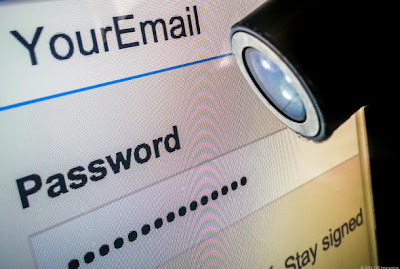 ◼ Secret demands mark escalation in Internet surveillance by the federal government through gaining access to user passwords, which are typically stored in encrypted form. - C/Net

The U.S. government has demanded that major Internet companies divulge users' stored passwords, according to two industry sources familiar with these orders, which represent an escalation in surveillance techniques that has not previously been disclosed.

If the government is able to determine a person's password, which is typically stored in encrypted form, the credential could be used to log in to an account to peruse confidential correspondence or even impersonate the user. Obtaining it also would aid in deciphering encrypted devices in situations where passwords are reused.

"I've certainly seen them ask for passwords," said one Internet industry source who spoke on condition of anonymity. "We push back."

A second person who has worked at a large Silicon Valley company confirmed that it received legal requests from the federal government for stored passwords. Companies "really heavily scrutinize" these requests, the person said. "There's a lot of 'over my dead body.'"

Some of the government orders demand not only a user's password but also the encryption algorithm and the so-called salt, according to a person familiar with the requests. A salt is a random string of letters or numbers used to make it more difficult to reverse the encryption process and determine the original password. Other orders demand the secret question codes often associated with user accounts.

Ahead of the razor-thin 205-217 vote, which would have severely limited the NSA's ability to collect data on Americans' telephone records if passed, Pelosi privately and aggressively lobbied wayward Democrats to torpedo the amendment, a Democratic committee aid with knowledge of the deliberations tells The Cable.
Email ThisBlogThis!Share to TwitterShare to FacebookShare to Pinterest