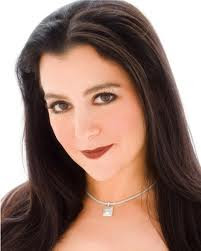 Of course, with Republicans representing only 11.73 percent of all registered voters in Philadelphia, the party’s got its work cut out. (The registration numbers, as of this morning, were 805,518 Democrats, 120,206 Republicans, and 98,870 others (non-partisan/independent, as well as third parties) for a total of 1.024,594 voters, according to the City Commissioners’ office.)

Yet despite the daunting registration numbers, the prospect of a unified party – along with the existence of an open mayoral seat with Mayor Nutter term-limited by the City Charter - has led to a handful of GOP candidates loosely testing the waters to gauge voter interest. And it’s led to a roughly equal number of others who are having their names tossed around by prominent ward leaders and political operatives....

But the big story is the emergence of a dark horse candidate who is well-known and liked among the business and philanthropic communities in Philadelphia and who comes from a prominent family here.

Dana Spain, 43, the daughter of native Philadelphians Joan and Bernard Spain (who, along with his brother Murray, founded Spain’s Card and Gift and Dollar Express stores), is aggressively coming out of the gate and is not shy about talking about her vision for the fifth largest city in America.

Spain, who runs DLG Communications, a branding and marketing communication company, was a former owner and chief operating officer at Philadelphia Style Magazine, a luxury lifestyle publication. She also founded PAWS, the Philadelphia Animal Welfare Society – a privately funded, non-profit, no-kill shelter/clinic. With all this on her plate and more, why would she consider running as a Republican against what many pundits believe are insurmountable odds?

"I'm a cheerleader, and I build things from scratch. And I want to be a cheerleader for our city because we need that right now," Spain told me, adding, “People are still looking at us as a backwards city.”

Spain, who is brand new to the political scene, said, “I am an outsider. The only thing that I have in mind here is to fix the city that I love.”

One supporter willing to publicly go on the record was Ben Haney, owner-operator of Mac’s Tavern in Old City and a GOP political consultant.

“I think in a time where our city is facing serious financial crises on several fronts, Dana is a breath of fresh air," he said. "Her experience as a lifelong Philadelphia and successful businesswoman who is engaged in the city but not beholden to politics will allow her to make the tough decisions necessary to transform Philadelphia into the city Philadelphians truly deserve.”

When identity politics were brought into the equation, Spain was enthusiastic to respond. “Philadelphia is ready for a female mayor. Women in industry are ready for it, too. A fresh set of ideas is welcome, and we are ready for it.”
Email ThisBlogThis!Share to TwitterShare to FacebookShare to Pinterest