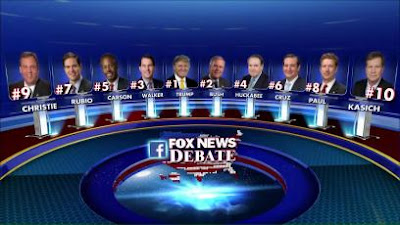 “Due to the overwhelming interest in the FOX News Facebook Debate Event Night on August 6th and in a concerted effort to include and accommodate the now 16 Republican candidate field — the largest in modern political history — FOX News is expanding participation in the 5 PM/ET debate to all declared candidates whose names are consistently being offered to respondents in major national polls, as recognized by Fox News”

Live stream: The debate will be streamed live; ◼ click here for live streaming from livenewschat. (Check back with this post, more live stream links will be posted when they become available.)
Email ThisBlogThis!Share to TwitterShare to FacebookShare to Pinterest