Snowden does it again: Spies Infiltrate a Fantasy Realm of Online Games 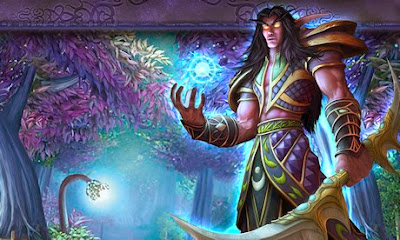 To the National Security Agency analyst writing a briefing to his superiors, the situation was clear: their current surveillance efforts were lacking something. The agency's impressive arsenal of cable taps and sophisticated hacking attacks was not enough. What it really needed was a horde of undercover Orcs.

That vision of spycraft sparked a concerted drive by the NSA and its UK sister agency GCHQ to infiltrate the massive communities playing online games, according to secret documents disclosed by whistleblower Edward Snowden.

The files were obtained by the Guardian and are being published on Monday in partnership with the New York Times and ProPublica.

The agencies, the documents show, have built mass-collection capabilities against the Xbox Live console network, which has more than 48 million players. Real-life agents have been deployed into virtual realms, from those Orc hordes in World of Warcraft to the human avatars of Second Life. There were attempts, too, to recruit potential informants from the games' tech-friendly users....

If properly exploited, games could produce vast amounts of intelligence, according to the NSA document. They could be used as a window for hacking attacks, to build pictures of people's social networks through "buddylists and interaction", to make approaches by undercover agents, and to obtain target identifiers (such as profile photos), geolocation, and collection of communications....

The California-based producer of World of Warcraft said neither the NSA nor GCHQ had sought its permission to gather intelligence inside the game. "We are unaware of any surveillance taking place," said a spokesman for Blizzard Entertainment. "If it was, it would have been done without our knowledge or permission."

This story has been reported in partnership between The New York Times, the Guardian and ProPublica based on documents obtained by The Guardian.
Email ThisBlogThis!Share to TwitterShare to FacebookShare to Pinterest