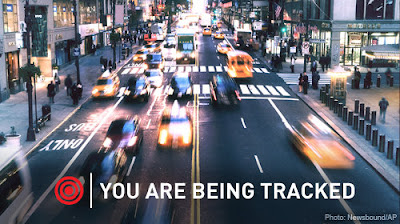 Automatic license plate readers are the most widespread location tracking technology you’ve probably never heard of. Mounted on patrol cars or stationary objects like bridges, they snap photos of every passing car, recording their plate numbers, times, and locations. At first the captured plate data was used just to check against lists of cars law enforcement hoped to locate for various reasons (to act on arrest warrants, find stolen cars, etc.). But increasingly, all of this data is being fed into massive databases that contain the location information of many millions of innocent Americans stretching back for months or even years.

This is what we have found after analyzing more than 26,000 pages of documents from police departments in cities and towns across the country, obtained through freedom of information requests by ACLU affiliates in 38 states and Washington, D.C. As it becomes increasingly clear that ours is an era of mass surveillance facilitated by ever cheaper and more powerful computing technology (think about the NSA's call logging program), it is critical we learn how this technology is being used. License plate readers are just one example of a disturbing phenomenon: the government is increasingly using new technology to collect information about all of us, all the time, and to store it forever – providing a complete record of our lives for it to access at will.

◼ PLUS: From 17,500 feet overhead...today. We are moving towards a even more electronic future where you will be tracked everywhere you go. Spy Drone Can See What You are Wearing From 17,500 Feet