Mother, Sisters, A Wife: The Women in The Boston Bombing Story 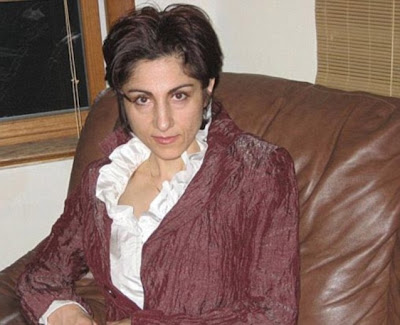 ◼ Did 'controlling' mother of 'bombers' lead them to radicalization? Family claims she allowed hardline Islamic cleric - who believed he could talk to demons - to preach to boys at their kitchen table - Daily Mail

The two men who allegedly carried out the Boston Marathon bombing were ‘failed’ by their parents, especially their ‘controlling’ mother who encouraged their move towards Islamic radicalization, relatives told MailOnline today.

Tamerlan and Dzhokhar Tsarnaeva looked up to mother Zubeidat as an ‘angel’ but, according to one of their uncles, she was the one who allowed them to be introduced to hardline Islamic views.

Ruslan Tsarni claimed that Zubeidat allowed a firebrand cleric into their house to give one-on-one sermons to Tamerlan over the kitchen table during which he claimed he could talk to demons and perform exorcisms.

Family friends also told MailOnline that the boys’ father Anzor never stood up to his wife and revealed that she was the ‘boss’ of their house.

Until now Tamerlan has been blamed for leading his ‘sweet, innocent’ younger brother down the path to radicalism that allegedly ended with them killing three people and injuring 170 at the Boston Marathon last Monday.

MailOnline’s extensive interviews with Ruslan and the boys’ other uncle Alvi paint the clearest picture so far of life in the family home in Cambridge, Massachusetts that should have been the cradle for two intelligent, handsome young men.

Instead Tamerlan is dead at the age of 26 after being shot dead by police as he tried to avoid capture.

Dzhokhar, 19, is fighting for his life in hospital due to injuries sustained during their attempt to flee.

◼ 'She cries when she sees video of her son dying': Agony of bombers' mother as FBI agents fly to Dagestan to quiz her - AP and Daily Mail

The mother of the Boston bombing suspects watches the video of her dead son's mutilated body and cries, her lawyer revealed on Tuesday, after it emerged that she is to be questioned by U.S. investigators.
Zubeidat Tsarnaeva appeared publicly outside her home for the first time since her sons Tamerlan and Dzhokhar were named as suspects. She was ushered past journalists and into a taxi, which sped away....

Also on Tuesday, the bombers' sister, Ailena and Bella Tsarnaev, released a statement to the media, saying that they 'don't have the answers' about their brothers' alleged crimes.

The statement read: 'Our heart goes out the victims of last week's bombing. It saddens us to see so many innocent people hurt after such a callous act. As a family, we are absolutely devastated by the sense of loss and sorrow this has caused.

'We don't have any answers but we look forward to a thorough investigation and hope to learn more. We ask the media to respect our privacy during this difficult time.'

◼ I Knew the Boston Bombers’ Mother: What She Told Me About 9/11, Islam, and Her Sons; I got facials from Dzhokhar and Tamerlan’s mother for years—in the living room of the family’s home. And I became uncomfortable as I watched her religious zeal and offensive political views grow over time. - Alyssa Lindley Kilzer/Daily Beast

U.S. intelligence agencies added the mother of the Boston bombing suspects to a government terrorism database 18 months before the bombings, two officials told The Associated Press. She called it "lies and hypocrisy" and said she has never been linked to crimes or terrorism.

The CIA asked for the Boston terror suspect and his mother to be added to a terrorist database in the fall of 2011, after the Russian government contacted the agency with concerns that both had become religious militants, according to officials briefed on the investigation. About six months earlier, the FBI investigated Tamerlan Tsarnaev and his mother, Zubeidat Tsarnaeva, also at Russia's request, one of the officials said. The FBI found no ties to terrorism.

The revelation that the FBI had also investigated Tsarnaeva and the CIA arranged for her to be added to the terrorism database deepened the mystery around the family.... 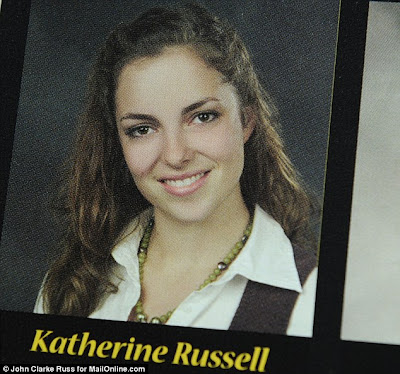 ◼ How doctor's daughter became the Muslim convert widow of Boston bomber: Terrorist husband 'brainwashed' her and she gave up her dreams of college to have his baby at 21 - LAURA COLLINS IN NORTH KINGSTOWN, RHODE ISLAND/Daily Mail 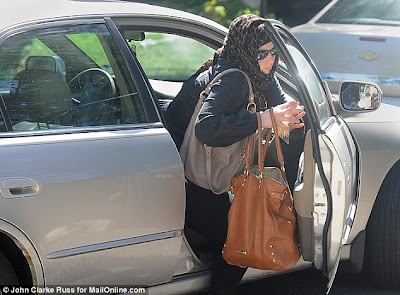 Katherine Russell last saw her husband on Thursday night, just hours before he was killed in a police shoot-out, her lawyer told CNN. She was handing over their two-year-old daughter to him before heading to work.

The widow of suspect Tamerlan Tsarnaev is "doing everything she can to assist with the investigation," of the Boston Marathon bombing, attorney Amato DeLuca said in a statement Tuesday....

Russell, 24, learned through news reports that the father of her daughter was suspected in the attack, DeLuca said. "That's my understanding."

Hearing that news devastated her, he added, saying Monday that she's "very distraught" and "cries a lot."

"The reports of involvement by her husband and brother-in-law came as an absolute shock to them all," DeLuca's Tuesday statement said. "As a mother, a sister, a daughter, a wife, Katie deeply mourns the pain and loss to innocent victims -- students, law enforcement, families and our community. In the aftermath of this tragedy, she, her daughter and her family are trying to come to terms with these events."

"The whole family is a mess, to put it bluntly," he said Monday. "They're very distraught. They're upset. Their lives have been unalterably changed. They're upset because of what happened, the people that were injured, that were killed. It's an awful, terrible thing."

According to those officials, Dzokhar Tsarnaev told interrogators that the information that set in motion the series of events leading to Tamerlan’s death and Dzokhar’s apprehension came in a phone call from Katherine Russell Tsarnaeva to her husband. “She notified him and there certainly didn’t seem to be any notion of surprise – just a report that ‘you’re being watched,’” said one official with knowledge of the investigation. Tsarnaev had seen the photographs and videos distributed by the FBI on television and called her husband to give him a heads up.

After receiving that phone call, authorities believe, Tamerlan decided he could not continue to hide from law enforcement and triggered the brothers’ bizarre flight from authorities – a wild chase that included the murder of an MIT police officer, a convenience-store robbery, a carjacking, shootouts with police officers, the death of Tamerlan and the capture of Dzokhar.

Note also that when his picture and his brother's was released, no one from the Islamic Society of Boston contacted authorities and told them the bombers' identities.