LOST (LAW OF THE SEA TREATY) IS DEAD 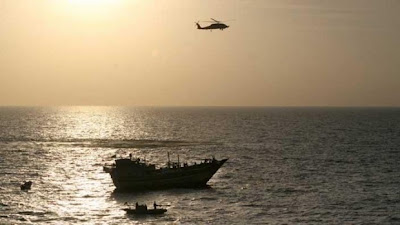 ◼ The U.N. Law of the Sea Convention has yet to get a committee vote, but Senate Republicans have gathered enough opposition to ensure it will be dead on arrival. - Hope Hodge/ Human Events @MissHedgeHodge

While a few moderate Republicans and members of the U.S. military have joined Senate Democrats and the Obama Administration in supporting the treaty, several conservative organizations have spearheaded an effective information campaign in opposition. Opponents argue the treaty could subject the U.S. to international environmental regulations, effectively tax seabed production through collection of trillions of dollars in royalties, and make the nation vulnerable to international litigation.

A strong push to kill Law of the Sea came from political action committee Heritage Action, which informed voters about the issue through emails and alerts.

“For months, constituents have called and emailed their Senators, requested meetings, submitted letters to the editor, and organized in an effort to sink this dangerous treaty,” the organization’s CEO, Michael Needham, said in a statement. “We commend the 34 Senators who stood with their constituents on the side of freedom.”
Email ThisBlogThis!Share to TwitterShare to FacebookShare to Pinterest