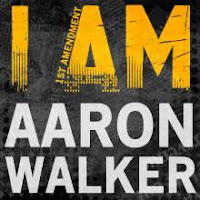 ◼ A number of conservative bloggers allege they have been targeted through the use of harassment tactics such as SWAT-ting (fooling 911 operators into sending emergency teams to their homes), in retaliation for posts they have written, and now Sen. Saxby Chambliss, R-Ga., has stepped into the matter. - Arlette Saenz

He has sent a letter to Attorney General Eric Holder urging him to investigate the SWAT-ting cases to see if federal laws have been violated.

...ABC News spoke with two prominent conservative bloggers who were victims of SWAT-ting, a hoax tactic used by some hackers to infiltrate a victim’s phone system, often through voice over IP (VOIP) technology to make calls appear as if they are coming from a residence. The perpetrators call police to report a violent crime at that home to which the police respond, sometimes with SWAT teams.

Just after midnight on July 1, 2011, Patrick Frey, a deputy District Attorney in Los Angeles and a conservative blogger who writes under the name “Patterico,” heard a pounding at his door as sheriff’s deputies arrived to investigate a call from Frey’s home about a man who claimed he had killed his wife. But no one in Frey’s home had been killed, and no one had made a phone call to the police.

“It’s a phone call that could have gotten me killed,” Frey wrote on his blog about the incident.

Frey was cuffed by police while they woke up his wife, who was asleep in their room, and questioned her about the safety of the children. Helicopters swarmed overhead with searchlights as the sheriff’s deputies investigated.

Frey told ABC News he received email threats prior to the SWAT-ting incident.

Late last month, Erick Erickson, the editor of the conservative site RedState.com, was the victim of the same type of targeting. He had written about Frey’s case just a few days before.
Erickson sat at home in Macon, Georgia with his family while his children played outside over Memorial Day weekend when two sheriff’s deputies drove to the house after receiving a phone call about Erickson allegedly shooting his wife.

Kimberlin has been accused of engaging in a campaign of harassment and intimidation against conservative bloggers, including Patrick “Patterico” Frey, Aaron Walker and National Bloggers Club president Ali Akbar. The case has drawn widespread attention, and major news organizations are taking increased interest in the story. ◼ Bestselling author Michelle Malkin wrote today:


[Award-winning conservative blogger] Ace of Spades has called for a National Day of Blogger Silence this Friday to focus Capitol Hill’s attention to this vital free speech fight.

Google Brett Kimberlin to learn more about this very serious matter.
Essentially, you've heard of 'suicide by cop' - this is referred to as 'attempted murder by cop.'
Email ThisBlogThis!Share to TwitterShare to FacebookShare to Pinterest